Skip to content
Home » Uncategorized » How to Choose Your Weapon

Please see our history of fencing for a description of each weapon. Most fencers choose a weapon early in their careers, and develop their expertise with that weapon. You may be wondering which one is right for you. Of course, you will make your choice in consultation with your instructor when the time is right. However, one can make some general observations about the kind of people who are attracted to each of the weapons.

Since foil fencers may only score a touch on the torso, a relatively small portion of the body, they are constantly in motion and often interacting in close quarters with one another. It requires fast reflexes and tremendous energy. Therefore, the foil often attracts athletes who are shorter than average, think fast, and who have a feisty personality with great endurance. 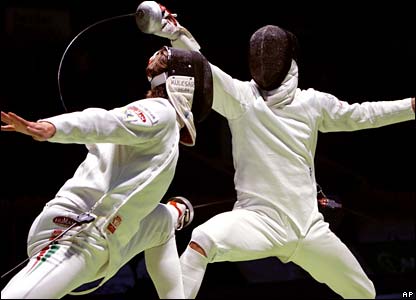 The epee fencer may score a touch on any part of the body – even the opponent’s outstretched hand or foot. The slightest opening may provide an opportunity to score, or may give your opponent an opportunity to score a touch on you. Therefore, epee fencers tend to be more cautious in their movements and careful about their aim. The fencer’s reach becomes important since the slightest edge may enable the fencer to score a touch before his/her opponent does. The epee usually attracts athletes who are taller than average since their longer reach gives them a natural advantage. 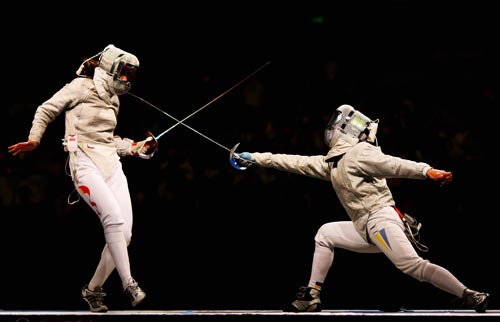 The target area for sabre is anywhere above the waist. Sabre fencers may score with the edge of the blade as well as the point. Consequently, those who choose this weapon are often called the “hack and slash” fencers. As soon as the two opponents get close enough to cross swords, the action takes place very quickly and usually ends within a couple of seconds. When the fencers engage, there is little time to consider what is happening and react accordingly. At that point, each fencer is usually carrying out a pre-conceived plan of attack. Therefore, success depends crucially on the ability of each fencer to size up the other and control the opponent’s expectations, which is achieved with much positioning and posturing before the two fencers engage with one another. Sabre fencers tend to be of medium height, and are often the most cerebral individuals in the sport.